Kliv in i Kiruna kyrka här 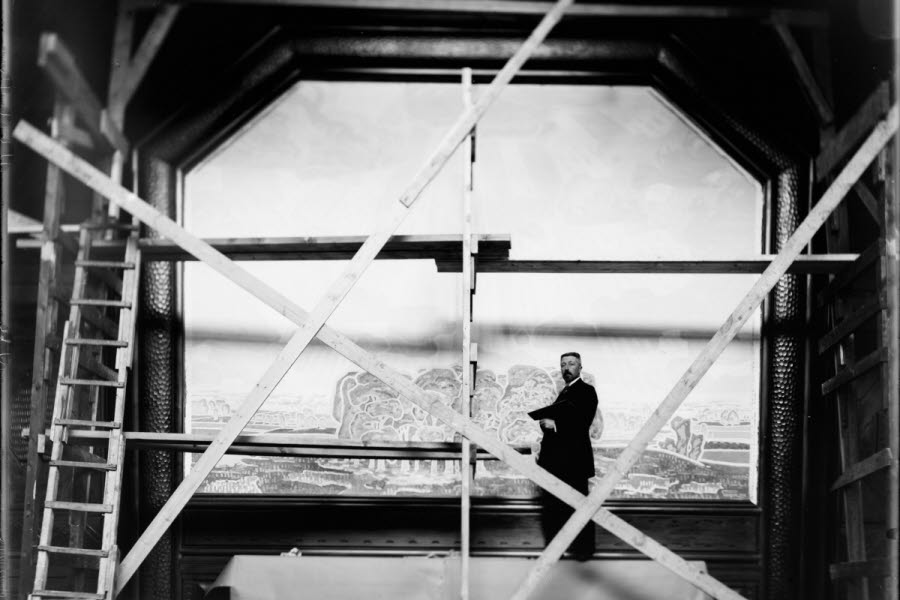 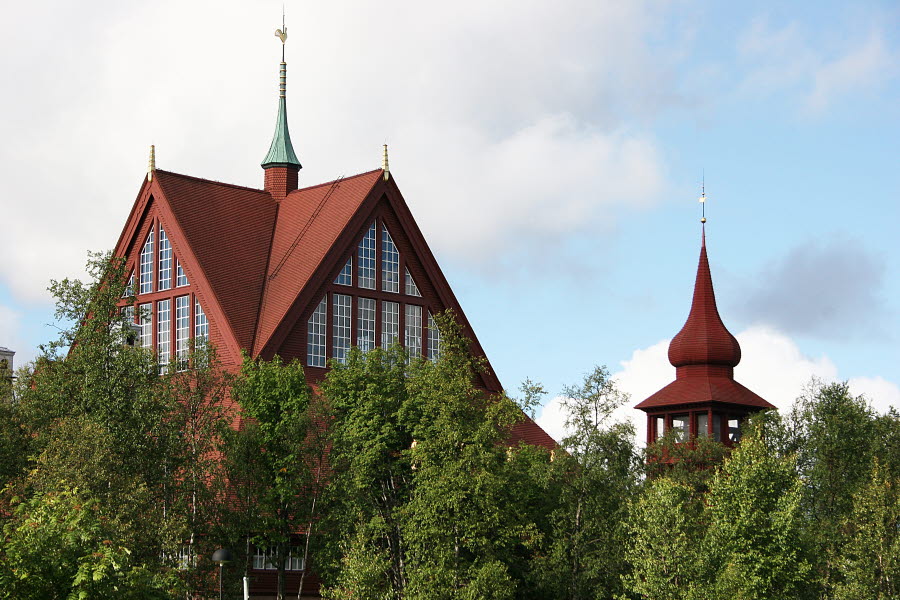 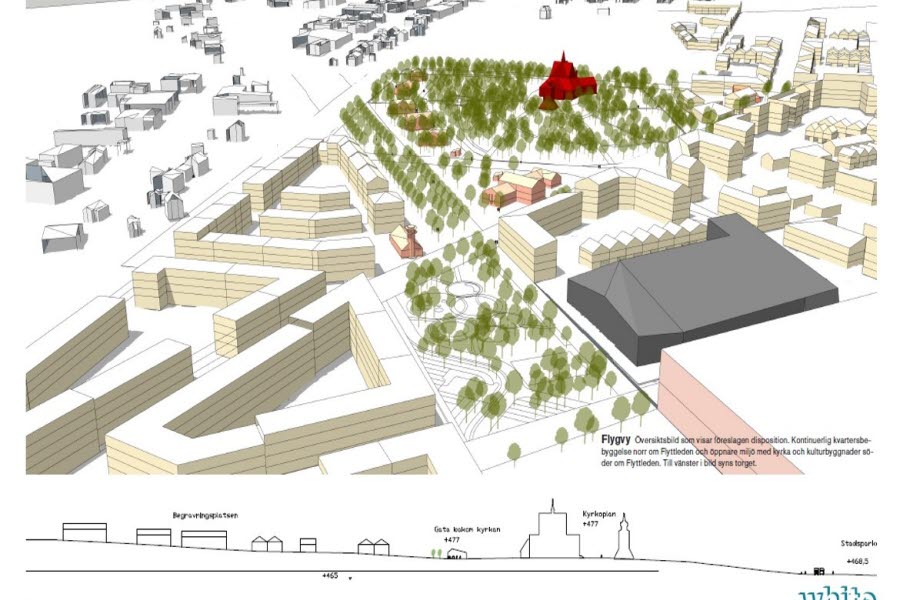 Kiruna church was placed like a throne at the highest point of the town plan. It is said that the site was also raised a few metres, which is perhaps evident when one looks at the area. The bell tower was built first and completed in 1907 but because of a major strike in 1909, the church was not completed until 1912.

The bell tower under construction before it was clad with wood shingle. Photo: Borg Mesch

The church was built in a national romantic style with neo-Gothic features and its shape was inspired by the Sami “goahti” hut. The large logs needed were not to be found in the local area. Instead they were taken from Archangelsk in Russia, transported by ship across the sea to Narvik harbour and finally by train to Kiruna.

Kiruna church was voted the most beautiful building to be built in Sweden before 1950. It is an all-embracing artwork that involved several artists. Architect Gustav Wickman provided the drawings and in the photograph, Prince Eugen can be seen completing the altarpiece with his painting of paradise.

Artist Christian Eriksson made the twelve gilded sculptures around the façade. He also made the carved relief sculpture on the western end of the church above the entrance. The dark door under the relief was designed by Ossian Elgström. On the big bell in the clock tower, there is a verse by the author Albert Engström.

There were many aspects to consider when the church was built but the biggest challenge was perhaps the colour. Both white and orange paints were tested on the church but in the end red was chosen, a colour that, at the beginning of the 20th century, was considered to represent Sweden’s traditional heritage.

Hjalmar Lundbohm's monumental burial site is located in the church forest on the right and will also need to be moved in conjunction with the transformation of the town.

The church and the bell tower will be moved to the new Kiruna around 2025. The move is a complex operation, both regarding the technical aspects of the move and the problem of dealing with the emotional aspects of memories, grief and happiness which must all be taken into account. Detailed planning for the new church area and other projects linked to the relocation of the church is currently underway.