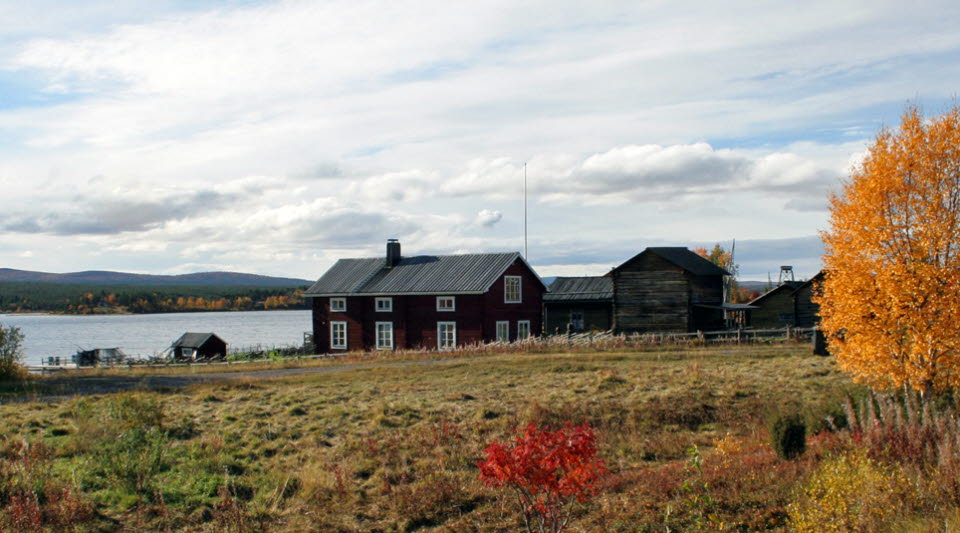 Welcome to Kiruna -a place where wilderness and the city coexist in harmony. In our municipality, the people are the most important. We are dependent on people wanting to settle, live and work here and of course on everyone who wants to visit us.

Kiruna is in many ways a place of extremes. Most other communities have begun their history as a small seed, sprouting and then slowly growing. Kiruna was planted in the wilderness nearly 120 years ago, fertilised with adventurers and know-how, and then veritably exploded. Here the light is lighter, the cold is colder, the peaks are higher, the spaces bigger and the location further north than anywhere else in Sweden.

With its 19,447 square kilometres, Kiruna Municipality is as big as the Swedish counties of Skåne, Blekinge and Halland together. It is half the size of the Netherlands - where over 16 million people live. In Kiruna Municipality, just under 23,000 people share the half as many square kilometres. That is almost a square kilometre per person. Around 18,000 of them live in the town of Kiruna, the rest of them living in about 50 villages. Kiruna has three native languages, the Swedish, Sámi and Tornedalen Finnish cultures living side-by-side.

Kiruna is multi-cultural, and multi-industrial, with something interesting for everyone. Much of the Sami culture is preserved here through the active use of the North Sami language and a thriving reindeer husbandry. Many people from around the world have found a quality of life here that exists nowhere else. Here you can find tranquility, as well as an air of optimism and belief in the future.

Welcome to Kiruna – we have something for everyone!

Kiruna Church was voted the Sweden's most beautiful public building by the people of Sweden in 2001, which was Architecture Year.

Kiruna has more daylight than Stockholm for seven months of the year. Between the eighth of March and the seventh of October, the sun is up for more hours in Kiruna than in the Swedish capital.

Kiruna enjoys midnight sun for 50 days every summer: from the end of May to the middle of July the sun never sinks below the horizon.

Kiruna has polar night for 20 days, from the twelfth of December to the 31st of December. The sun is too tired to climb over the horizon.

With around 400 registered associations, Kiruna has per capita the biggest flora of associations of any municipality in Sweden.

Many of Kiruna's visitors are curious about what is going on in the centre of Kiruna. The spreading of the crack formations caused by the mining activities is the reason for the transformation of the affected areas - a process that has already begun. It is a difficult, yet exciting, project that will continue for decades to come!

Our business sector revolves naturally around our roots as a Mining City, Space City as well as the growing tourism industry. Kiruna is in fact the tourism capital of Norrbotten County, hosting nearly half of all guest nights in the county.

Scientific research has always been a part of Kiruna, and began in the mountains with the Abisko Scientific Research Station (anno 1903), and has since been complemented with the Institute of Space Physics (1957) and the Esrange Space Centre (1966).

Kiruna's music traditions have a long history, and one of the really big events is the summertime Kiruna Festival that annually welcomes big-name musicians and artists. Turning to Kiruna's other cultural treasures, the community's art collection comprises 2 000 works, and we have our own annual film festival – the Arctic Light Film Festival. Thus, the Arts and Music City of Kiruna is also thriving.